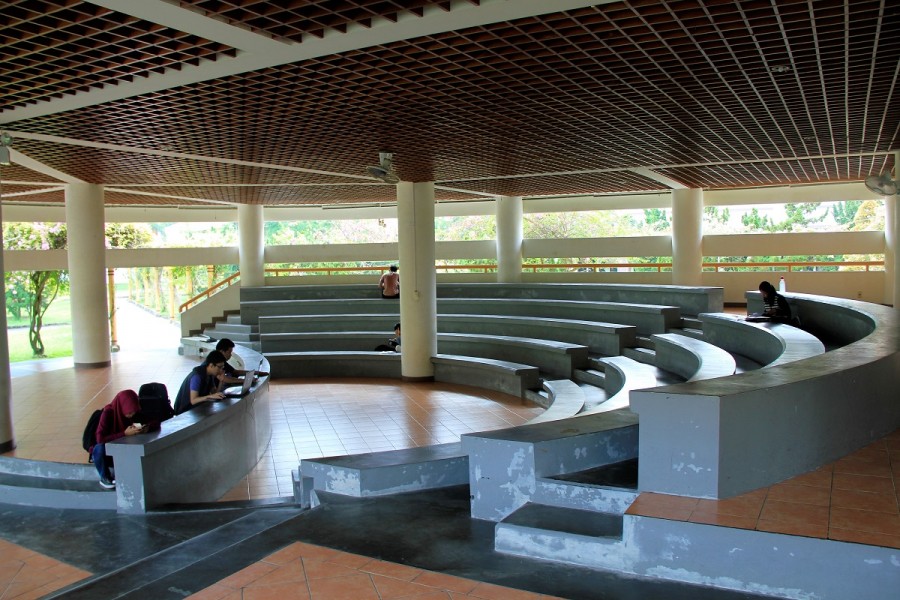 There are 2 amphitheaters in PCR namely the Outside which often called Amphi Luar and Inside the PCR which often called Amphi Dalam. Both have different sizes. Amphi Luar is bigger compared to Amphi Dalam. For Amphi Luar, the capacity is around 300 - 500 peoples, while Amphi Dalam have a capacity around 75 - 150 peoples. Amphi Luar often used for students ceremonial events. While Amphi Dalam often used for relaxing activities of Students Association and Student Activity Unit as well as numbers of students who accessed the internet there.